Why You Should Consider Switching From Casino Games to Poker

As you expand your knowledge of odds and betting, you might start feeling somewhat limited by the realization that in a typical casino setting, the house always wins. In other words, there is no system that allows you to beat the game long-term.

However, that statement is only true for games played against the croupier. Playing Texas Holdem against other players is where you can apply your superior knowledge of the game to exploit a skillset gap and retain an advantage. In poker, luck may be a factor within a single round, but given a large sample size of games played, the skilled players tend to come out on top in the long run.

Can you overcome the house edge?

While all casino and card games combine elements of luck and skill to some degree, some have more depth to them than others, thus rewarding the efforts of those who are willing to go to great lengths to study them.

Let’s take a game of blackjack and compare it to roulette. While the latter is easier to get into, the odds are never stacked in your favor, no matter what kind of bets you make. Blackjack, on the other hand, allows you to play each situation either optimally or suboptimally as to maximize your odds and keep the house edge to the bare minimum if you stick to a system. However, it’s impossible to completely eradicate it even if you play each round perfectly.

Poker as a mish-mash of different skillsets

Now let’s look at the example of poker – a card game you play against other players. Since all of those who sit at the table compete against each other rather than against the house, it’s actually possible for the strongest player to gain an edge.

Much like classic casino games, it contains all the essentials such as the need to know the odds in any given situation, but it also expands on the concept by adding a layer of psychology, different moves you can make, your position, hole cards, and the action on the table.

Nothing is certain in poker

You would think that playing pocket aces is a no-brainer in any situation, but is it? Well, if you’re up against multiple players on a wet board such as 7 8 9 of hearts, your aces might be completely useless as they would lose to any combination of hearts that allow a player to form a flush and even cards like JT and 6T that form a straight, which once again sends your pocket aces packing.

Plus, there’s the added layer of complexity. Someone might hit the flop by forming a flush, then decide to bait out a bet from the other players by doing nothing but checking as to extract the most possible value out of the hand.

In poker, there’s a lot of moves you can make. 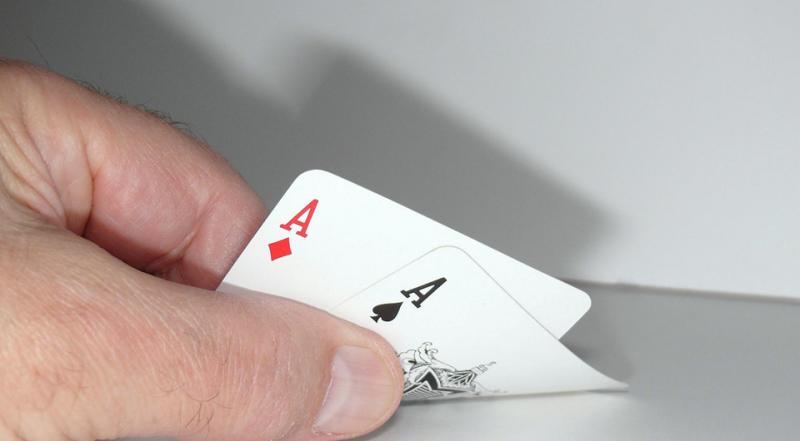 When playing against other players, if you play mathematically correctly all the time, people will read you like a book. Knowing when to bluff and when to stick to your ABCs is an art and a science, thus requiring a deeper level of knowledge to play properly compared to typical casino games.

Here’s a useful resource if you’re looking for a place to get started: https://www.casinoaus.net/online-poker/

You can submit articles and write for us.

View All Posts    |    RSS Feed
Welcome to Our Site
Are you over 21 years of age?
YES NO
Please verify your age to enter our site.